When the Hero is the Problem

ON ROBERT MUELLER, GRETA THUNBERG, AND FINDING STRENGTH IN NUMBERS

For an embodiment of the word singlehanded you might turn to the heroine of the recent movie Woman at War. It’s about an Icelandic eco-saboteur who blows up rural power lines and hides in scenic spots from helicopters hunting her and is pretty good with a bow and arrow. But the most famous and effective eco-sabotage in the […] 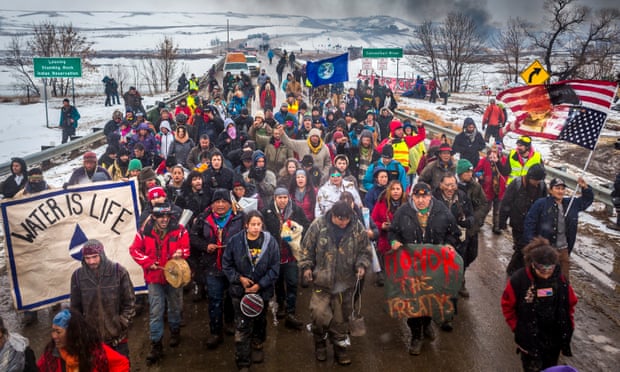 That's the power of protest

It’s hard right now to remember how hot it was last August on the long sandy beach where the Colorado river meets the Green river in southern Utah. I was a few days into a rafting trip through Cataract Canyon with a bunch of young climate activists, and one of them, Will Munger, was telling […] 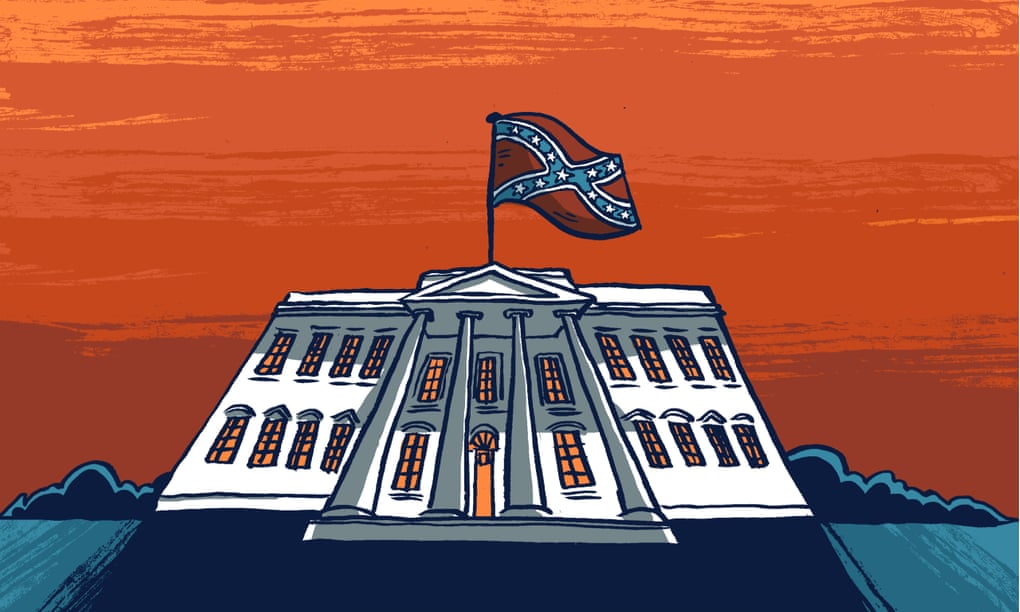 And Trump is a Confederate president

In the 158th year of the American civil war, also known as 2018, the Confederacy continues its recent resurgence. Its victims include black people, of course, but also immigrants, Jews, Muslims, Latinos, trans people, gay people and women who want to exercise jurisdiction over their bodies. The Confederacy battles in favor of uncontrolled guns and poisons, […] 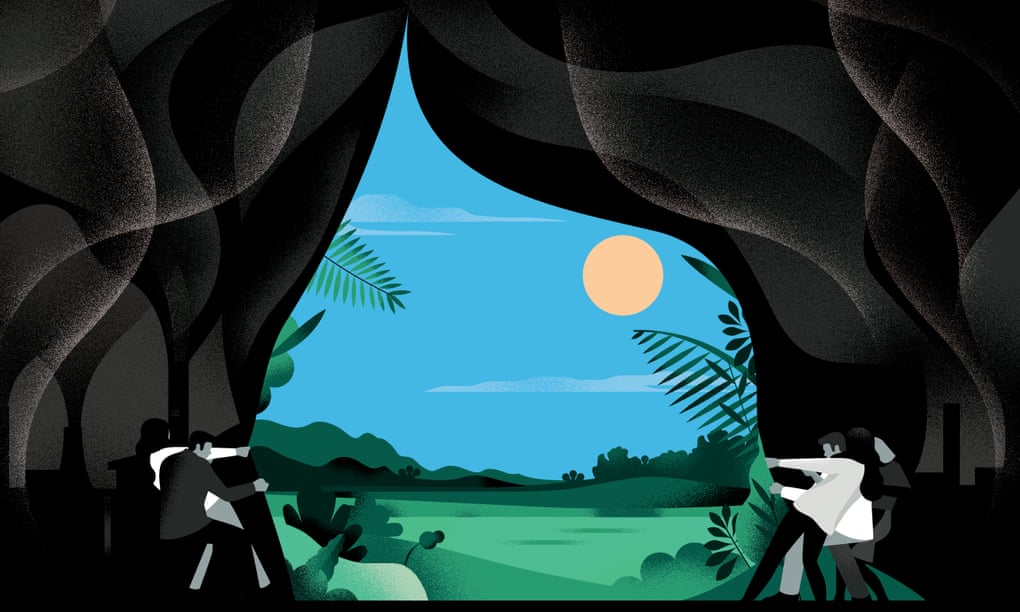 the climate fight is only over if you think it is

In response to Monday’s release of the IPCC report on the climate crisis – which warned that “unprecedented” changes were needed if global warming increases 1.5C beyond the pre-industrial period – a standup comic I know posted this plaintive request on her Facebook: “Damn this latest report about climate change is just terrifying. People that know a […]

They Think They Can Bully the Truth

ON TRUMP, PUTIN, WEINSTEIN, AND THEIR NEVERENDING LIES

Cousin to the noun dictator is the verb dictate. There are among us people who assume their authority is so great they can dictate what happened, that their assertions will override witnesses, videotapes, evidence, the historical record, that theirs is the only voice that matters, and it matters so much it can stand tall atop […]

Whose Story (and Country) Is This?

On the Myth of a “Real” America

Watching the film Phantom Thread, I kept wondering why I was supposed to be interested in a control freak who is consistently unpleasant to all the people around him. I kept looking at the other characters—his sister who manages his couture business, his seamstresses, eventually the furniture (as a child, I read a very nice story […]

Protest and persist: why giving up hope is not an option 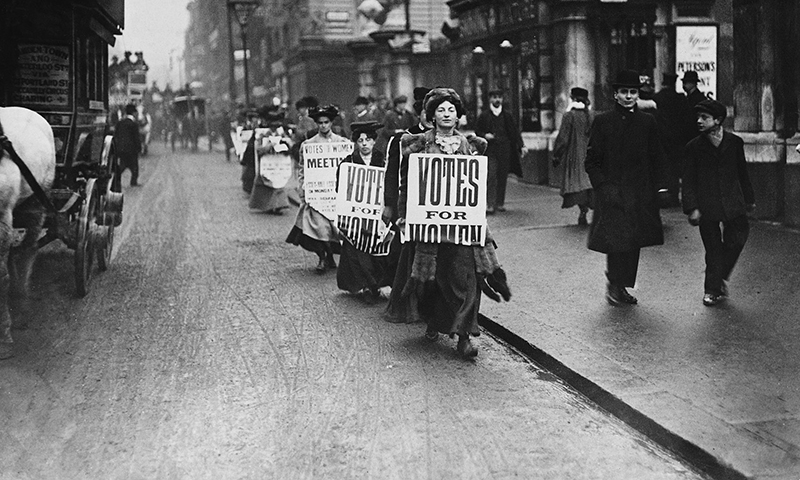 The true impact of activism may not be felt for a generation. That alone is reason to fight, rather than surrender to despair

Last month, Daniel Ellsberg and Edward Snowden had a public conversation about democracy, transparency, whistleblowing and more. In the course of it, Snowden – who was of course Skyping in from Moscow – said that without Ellsberg’s example he would not have done what he did to expose the extent to which the NSA was […]

From Lying to Leering

Women told me they had flashbacks to hideous episodes in their past after the second presidential debate on 9 October, or couldn’t sleep, or had nightmares. The words in that debate mattered, as did their delivery. Donald Trump interrupted Hillary Clinton 18 times (compared to 51 interruptions in the first debate). His reply to the […]

Another, more beautiful America is rising. Trump will be resisted 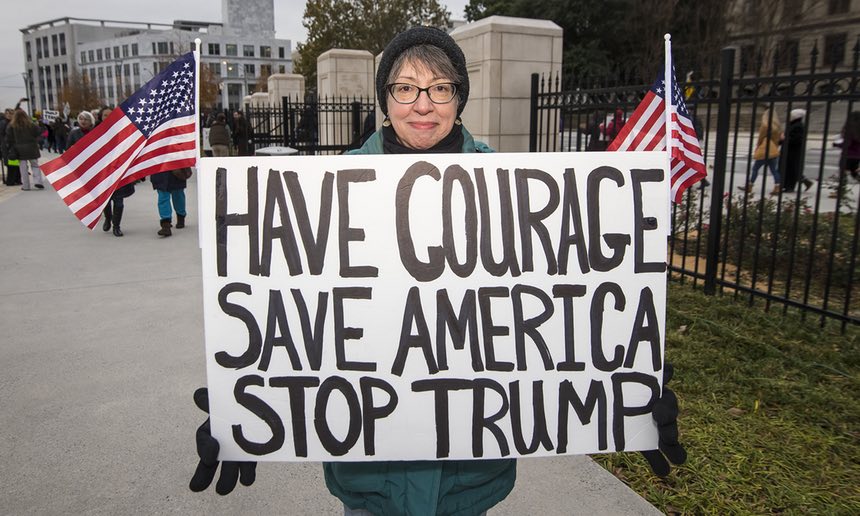 The time when you don’t need hope is when your hopes have been fulfilled. Hope is for when you don’t have what you need and for when things are not OK. It is the belief that liberation might be possible that motivates you to make it more possible, and pursuing hope even when it doesn’t […]

The light from Standing Rock: beautiful struggle shows the power of protest

It is not a final victory, and there is much to fear from pipeline investor Donald Trump, but much will come of this gathering and its vision, tactics and power. o one saw it coming. But on a Sunday, word came that the US Army Corps of Engineers was withdrawing permission to build the Dakota […] 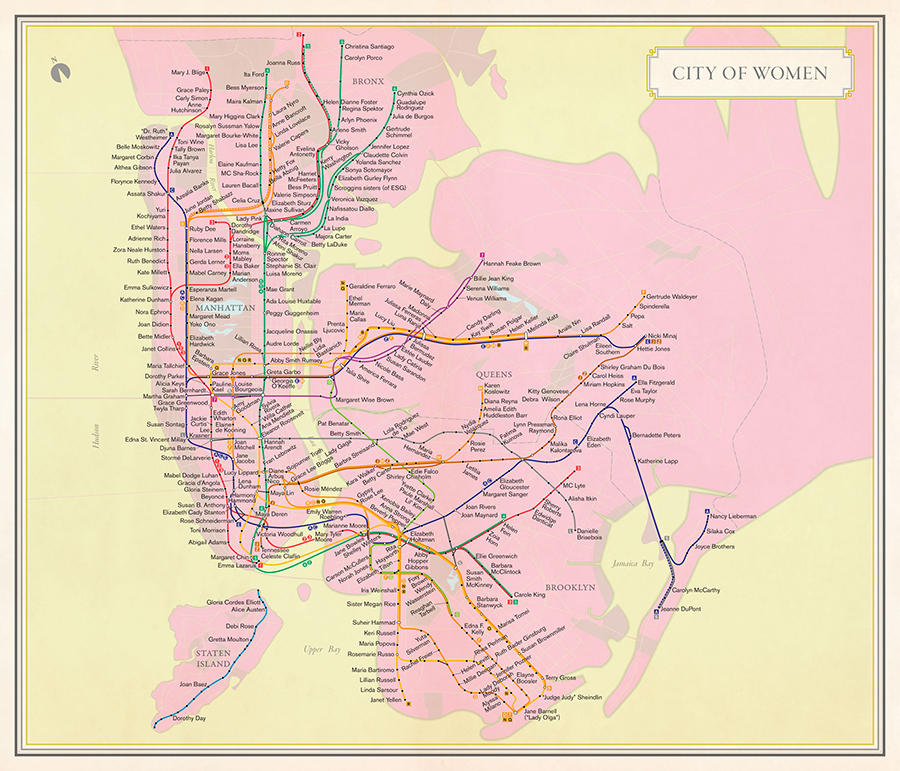 It’s a Man’s Man’s Man’s World” is a song James Brown recorded in a New York City stu­dio in 1966, and, whether you like it or not, you can make the case that he’s right. Walking down the city streets, young women get harassed in ways that tell them that this is not their world, […]

‘Hope is a​n embrace of the unknown​’: Rebecca Solnit on living in dark times 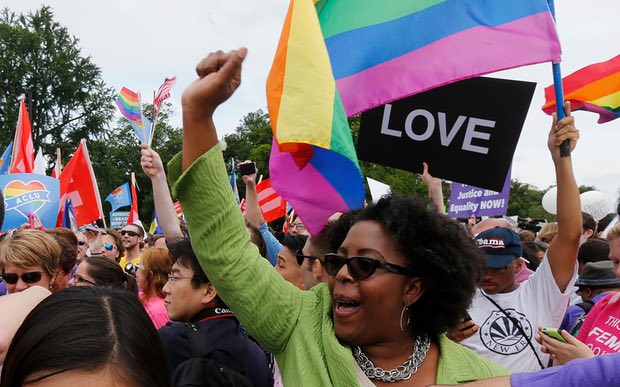 We may be living through times of unprecedented change, but in uncertainty lies the power to influence the future. Now is not the time to despair, but to act. Your opponents would love you to believe that it’s hopeless, that you have no power, that there’s no reason to act, that you can’t win. Hope […]

The Ideology of Isolation

The Habits of Highly Cynical People

On April 24, 1916 — Easter Monday — Irish republicans in Dublin and a handful of other places staged an armed rebellion against British occupation. At the time, the British Empire was the strongest power on earth; Ireland was its first and nearest colony. That the puny colony might oust the giant seemed far-fetched, and […]

Death by gentrification: the killing that shamed San Francisco

Alejandro Nieto was killed by police in the neighbourhood where he spent his whole life. Did he die because a few white newcomers saw him as a menacing outsider?

Bird in a Cage

There are two things I think about nearly every time I row out into San Francisco Bay. One is a passage from Shankar Vedantam’s The Hidden Brain, in which he talks about a swim he once took. A decent swimmer in his own estimate, Vedantam went out into the sea one day and discovered that […] 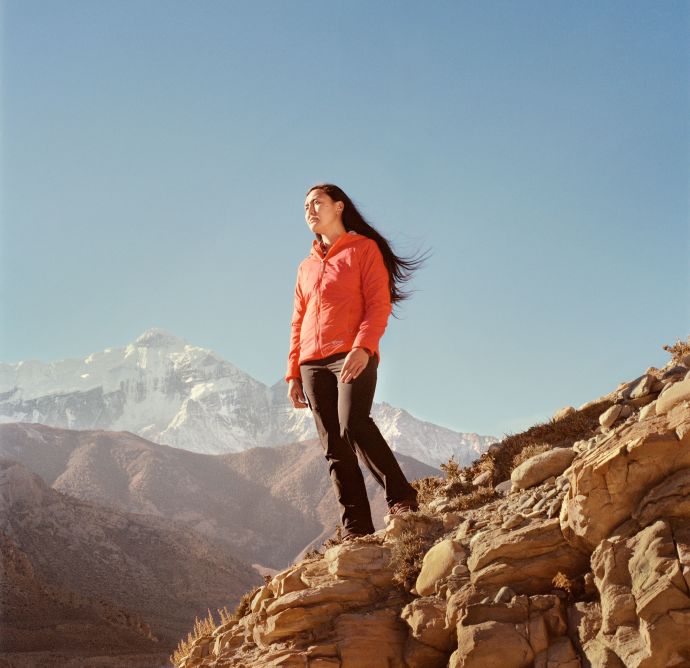 To get to Saldang is simple, if not exactly easy. You walk. The nearest airport, many days away by foot, is a rough dirt strip at an altitude of about eight thousand feet. It sits on the side of a Himalayan mountain in the Dolpo district of northwest Nepal, on the border with Tibet. Heading […] 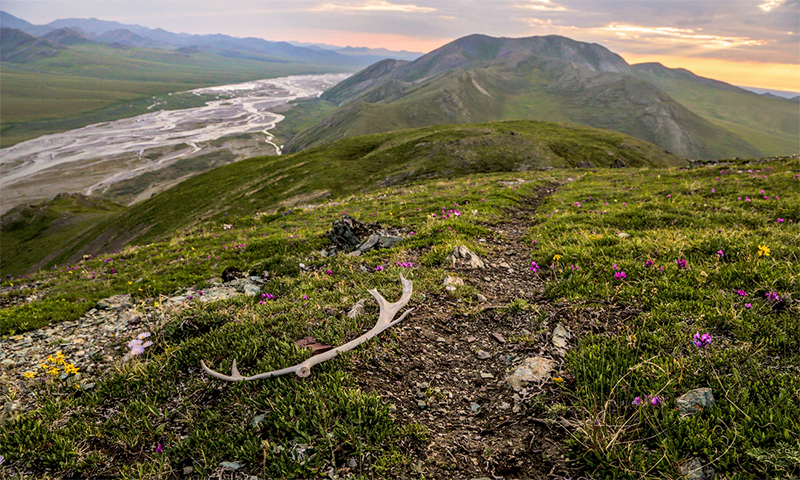 As Barack Obama opens up the Arctic Ocean to oil drilling, how can this pristine wilderness withstand the human hunger for fossil fuels? At midnight on 29 June, the sun was directly north and well above the hills. It had not gone down since I arrived in the Arctic, three days earlier, and would not […]

Thirty years ago, Apple Computer launched a new product with a messianic commercial in which legions of blank-faced, coverall-clad workers march, as if in a trance, through a strange industrial world. They arrive at a bright screen, which they sit in front of in homogeneous rows to watch a Big Brother–like figure announce the triumph […]

Cassandra Among the Creeps

The story of Cassandra, the woman who told the truth but was not believed, is not nearly as embedded in our culture as that of the Boy Who Cried Wolf — that is, the boy who was believed the first few times he told the same lie. Perhaps it should be. The daughter of the […]

Call climate change what it is: violence 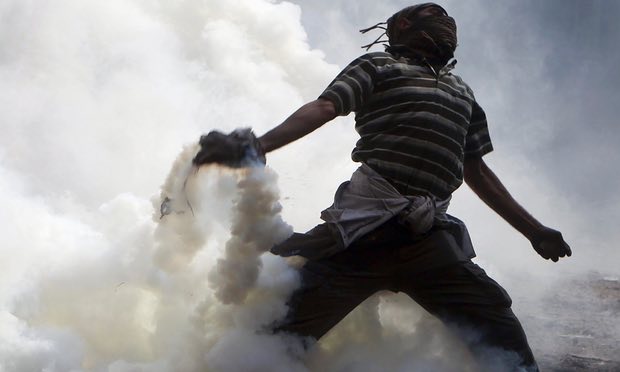 Social unrest and famine, superstorms and droughts. Places, species and human beings – none will be spared. Welcome to Occupy Earth. If you’re poor, the only way you’re likely to injure someone is the old traditional way: artisanal violence, we could call it – by hands, by knife, by club, or maybe modern hands-on violence, […]

In or around June 1995 human character changed again. Or rather, it began to undergo a metamorphosis that is still not complete, but is profound – and troubling, not least because it is hardly noted. When I think about, say, 1995, or whenever the last moment was before most of us were on the internet […]